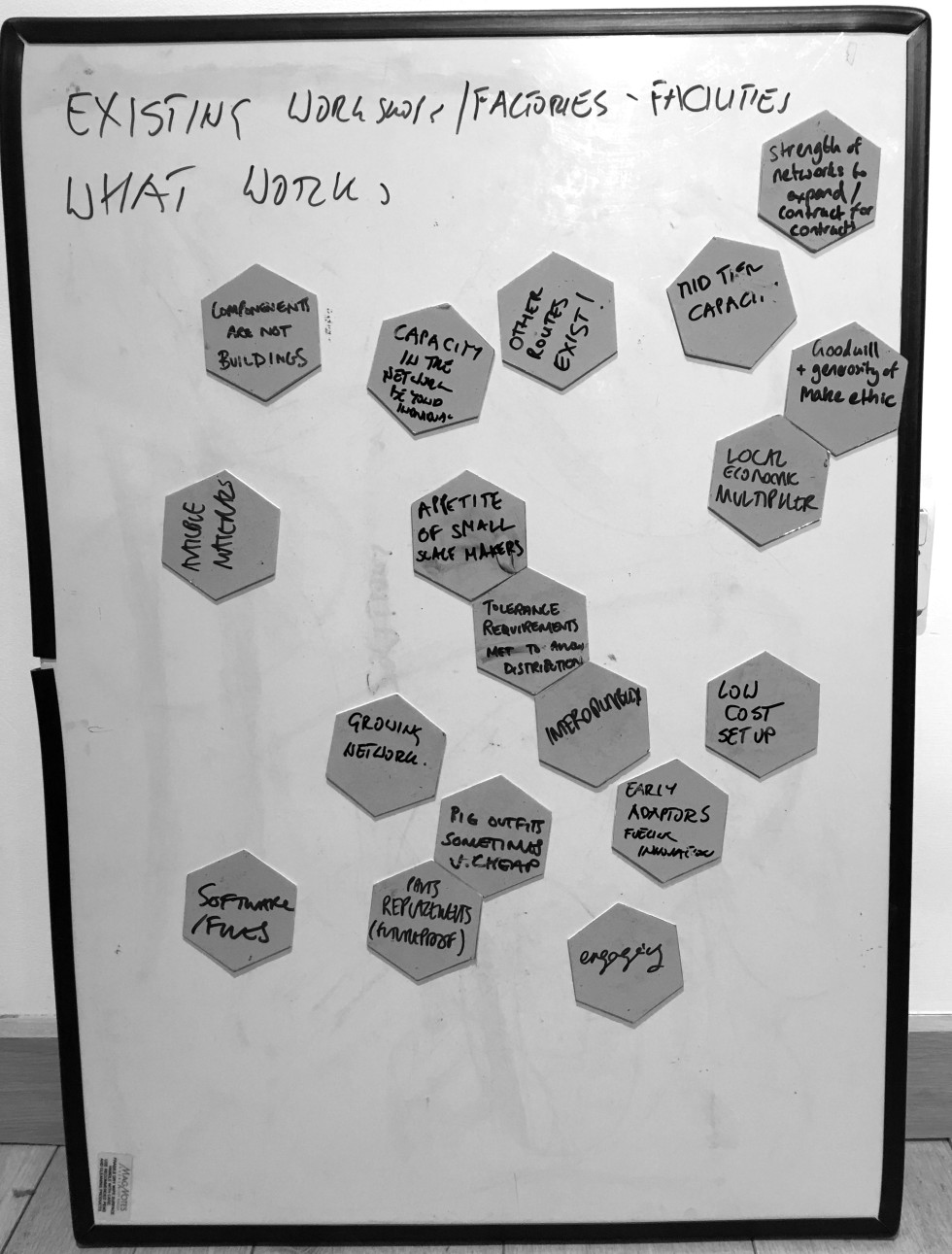 We held a great workshop here at BLA on Digital Making – What Kind of Future in construction Industry. A lot of good discussions amongst Irena Bauman, Matt Murphy and Maria Hensall from BLA, Melissa Mean from The Factory, Ivan Rabodzeenko from Chop Shop, Phil Langley from Bryden Wood Architects, Jonathan Wilson and Colin Dixon from Citu as well as Alastair Parvin from WikiHouse.

The workshop was hosted as part of our Innovate UK funded feasibility study into integrating construction supply chain. Irena will be giving a talk at the Liverpool School of Architecture this Thursday, the 11th, at 5pm, titled “Retrofitting Neighbourhoods, Designing for Resilience”.

We are looking for a number of architects with 3-4 years post Part 3 experience with diverse skills sets.

We invite applications from architects with strong design skills and excellent construction knowledge as well as familiarity with Passivhaus standards and other aspects of sustainability and climate change mitigation and adaptation. Archicad and BIM skills would be an advantage.

We are also looking for architects with co-production and engagements skills, experience of working with user centred design on buildings and strategic frameworks . Strong graphic and social media skills would be an advantage.

We are also looking for Part 2 students who wish to develop some of the skill sets listed above but also graduates with interest and skills in parametric design and coding. We are happy to consider applicants who are wishing to combine study for part 2 with working.

We work 5 days in 4 – long days but 3 day weekends! We are keen on good gender balance in the team. 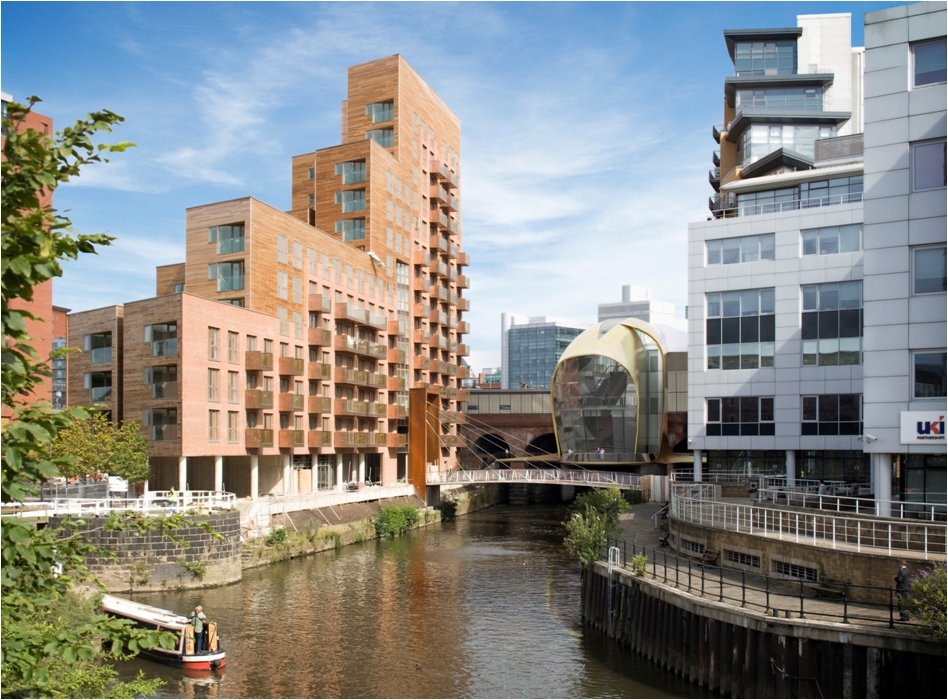 The South Link to Leeds Station has now been open for a few weeks and it’s been great to see how well it’s used and the benefit it has brought to passengers accessing that part of Leeds. Some of our staff now find their commute up to the office a lot easier and faster too!

The South Link was a project that we were involved with up to design development “Network Rail GRIP Stage 4”, which included the planning permission for the £16m new southern entrance to Leeds City railway station, extending out over the River Aire and connecting into the Dark Arches, a designated heritage asset beneath the railway viaduct.

We are delighted to share the new website for Leeds Art Hostel, due to open its doors soon!

The Art Hostel in Leeds, is a project developed by East Street Arts and supported by Bauman Lyons Architects and Key Fund. It plans to harness the creative talents, and pure imagination, of artistic practitioners; welcoming audiences from in and out of Leeds to engage in a new cultural experience. During the Christmas holiday period we all followed in angst the news of the flooding in the North of England. Leeds (luckily no one in the office was directly affected) and many other neighbouring places that are close to our heart being affected.

One of these places was Hebden Bridge. During the entire project life of the refurbishment and extension of the Town Hall we really got to know the local community. We were devastated to see the images of Hebden Bridge under water.

But this morning we received a truly uplifting email sent to us by an original Trustees who told us this about the Town Hall:

“You may have seen the recent floods in Hebden in the media, and how the Town Hall, as the only public building not to be affected, became the hub of the relief operations. Although no longer a trustee I was down helping and there were thousands of people throughout the building receiving help in all aspects of their lives. An amazing response from the community.

Without the Town Hall there would have been incredible suffering in the town and even though the building has been extremely successful since it opened, this must have been its finest hour.

So I just wanted to say thanks for making it so flood proof – it worked!!”

We are so happy not only to hear that the Town Hall was not flooded but above all how it is very much perceived and used as a real community asset, as the photo below (credit) show! We are grateful for the year we’ve had, the projects we’ve worked on, the clients we’ve worked with and to be continuing working with colleagues who are talented, fun and ambitious. We are very much looking forward to 2016!

Irena will be speaking at a plenary session on 19th of November at Bristol Festival of Ideas- Festival of Cities in a session on New Thinking about Cities (2), Thursday 19 November 2015, 09.00-10.30 Watershed, Bristol. In this second session on new thinking about cities, there are contributions from: architect and writer Irena Bauman on resilience in neighbourhoods; writer and place-hacker Bradley Garrett on the need to oppose the privatisation of public space; Caroline Haynes (KPMG) on Magnet Cities; Charles Landry (Comedia) on ambitious cities; Mike Rawlinson (City ID) launches a manifesto for legible cities; and Melissa Sterry (design scientist and futurist) on bionic cities – how nature would design a city. Book your place here. 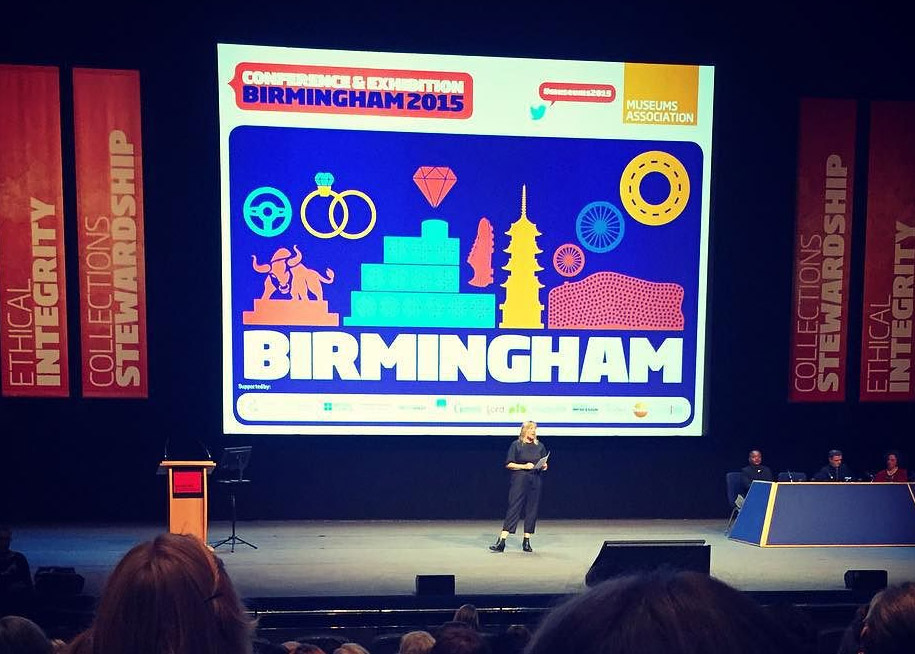 We are pleased to have participated in The Museums Association Annual Conference & Exhibition held on November 5th/6th in Birmingham. This is Europe’s leading museum and heritage event and the largest event of its kind for museum and heritage professionals in Europe with over 1,500 attendees from all over the world coming together to discuss the key issues affecting the sector.

For full details of the Conference Programme see: http://view.pagetiger.com/conference-exhibition-2015/conference-2015

On November 17, Irena will be taking part in the RIBA 10th Research Symposium: “The Design Quality Proposition” and will be reviewing one the projects, the Royal Road housing scheme by Panter Hudspith.

Full programme can be found here. 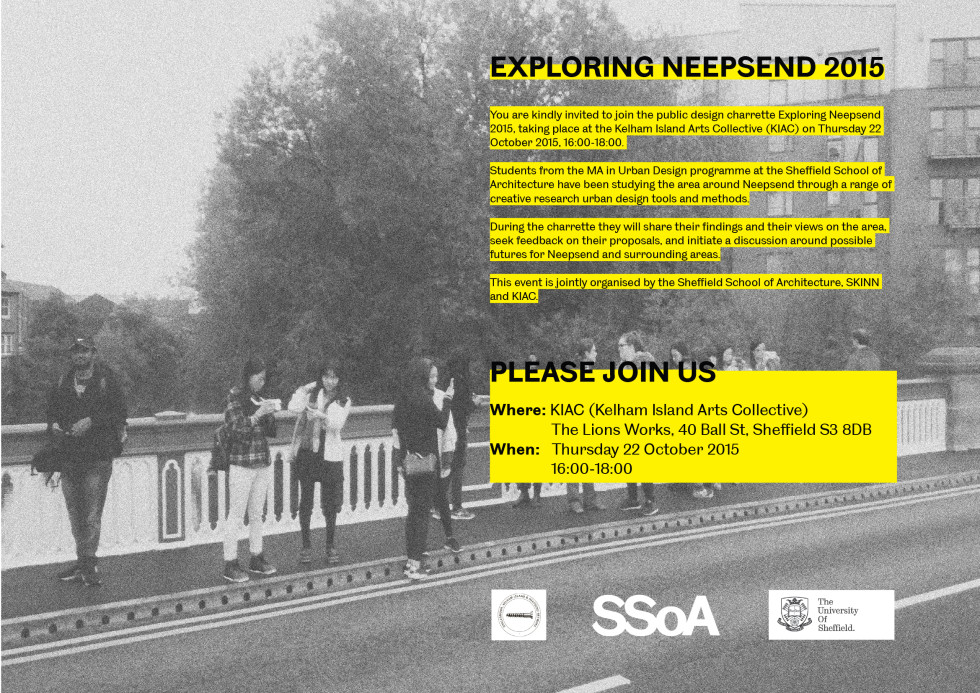 The Sheffield School of Architecture students on the MA in Urban Design Programme will be hosting a public design charrette “Exploring Neepsend 2015” this Thursday at KIAC (Kelham Island Arts Collective).

The students have been studying the area around Neepsend through a range of creative research urban design tools and methods. During the charrette they will share their findings and their views on the area, seek feedback on their proposals, and initiate a discussion around possible futures for Neepsend and surrounding areas.

This event is jointly organised by the Sheffield School of Architecture, SKINN and KIAC. 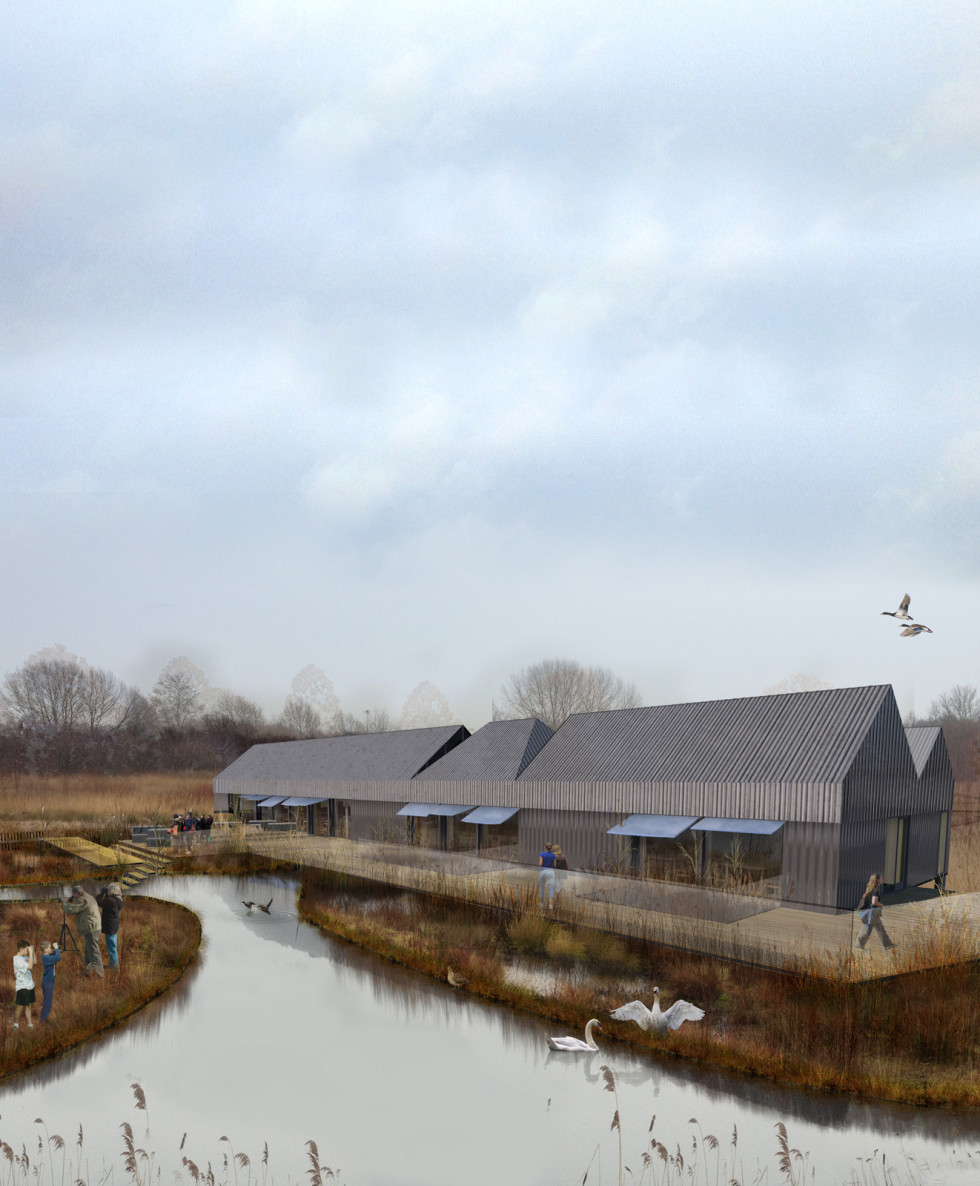 We are very pleased the new visitor centre at Potteric Carr, for Yorkshire Wildlife Trust, was awarded planning permission on the 21st of September.

We were delighted on Friday evening to be the recipient of the RISE Awards 2015 for Product & Element Interface. The award recognises the development of our MassBespoke digital construction system, enabled by Innovate UK grant funding.

The RISE Awards celebrates research & development in academia and industry and is hosted by Leeds Beckett University. The awards ceremony followed the “Sustainable, Ecological, Engineering Design for Society” conference, with a keen focus on innovation.

Congratulations also to CITU for winning a RISE Awards in the category “Sustainable Development & Energy” and for hosting us at their dinner table.

We are delighted to be working with Leeds-based developer CITU on their mixed-use residential project at Little Kelham in Sheffield. Adjacent to recent regeneration projects at Kelham Island, Little Kelham will be a new energy-efficient, low-carbon neighbourhood on a former steel works complex North of Sheffield City Centre. 153 super insulated and air-tight homes are currently being constructed using offsite technologies. The project is being fully documented and delivered to BIM Level 2. First image: Original site model by Sturgeon North/CAL Architects
Second image: Taken from Green Lane end of the site, phase 1b is visible in the distance with the pitched roofs With a bit of delay, we want to share a thoughtfully written article on the AJ of the Urbanistas exhibition that Irena was part of. The article in full can be found here. 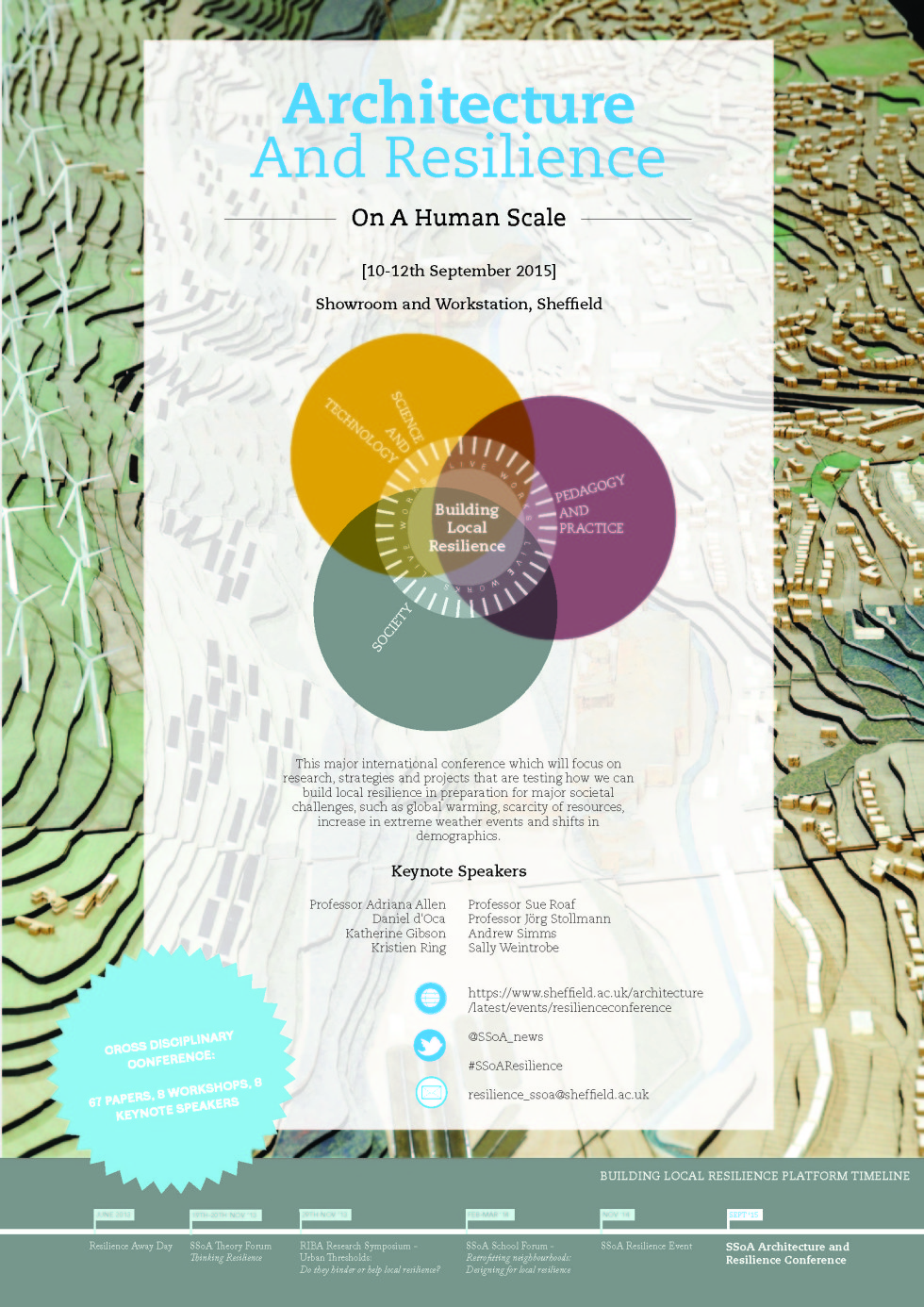 The Building Local Resilience School Platform, of which Irena Bauman is part of as Professor of Sustainable Urbanism, is an exciting new initiative in the Sheffield School of Architecture. Currently this project is being developed as a new ‘umbrella’ research platform. A timeline of events has been part of this process, which began in June 2013 is now leading to the Architecture and Resilience on a Human Scale international conference, of which Irena has been the lead organiser.

The conference will provide the opportunity to explore the many ways that architectural academics and practicing architects are engaging with issues of resilience, to collate the emerging knowledge and set it in its theoretical context. Also, this conference celebrates the body of work developed in the Building Local Resilience School Platform and the contribution it is making towards transformational society. We share the words and sentiment of the anthropologist Henrietta Moore : .. the future  learning will not be about the transferability of whole models with known outcomes, but rather about incomplete learning, experimentation and collaboration.

The conference will be held at the Showroom, Sheffield on the 10th till the 12th of September 2015. For more information on the conference Proceedings and Programme, please see here. 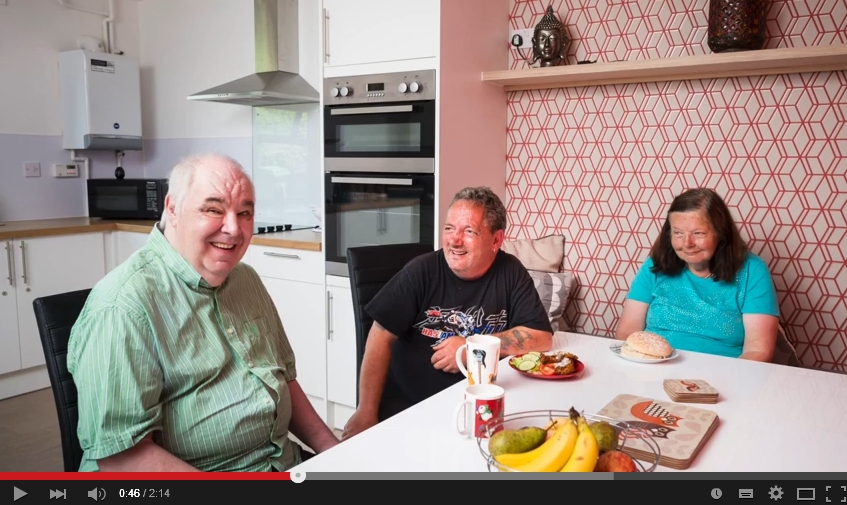 Our client South Yorkshire Housing Association have produced a short video to share the new kitchens at the Lister Project (part of the LiveWell schemes), in Sheffield. We enjoyed working on this project and getting involved with both customers and staff. The kitchens’ refurbishment reinforces our belief that small design interventions can bring a positive impact to our lives and wellbeing. You can watch it here. 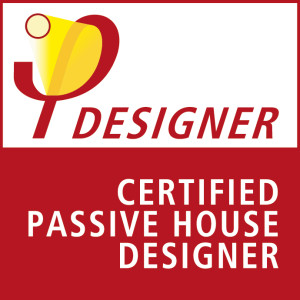 We are happy to report that our Sam Wilson has passed the Passivhaus exam to achieve “Certified Passivhaus Designer” status. This new learning adds to our interest in Building Physics and ability in making and delivering low-energy sustainable places & spaces. Bauman Lyons are currently engaged in a number of projects employing Passivhaus principles – so watch this space!

We are very pleased to announce that Irena has been accepted as a new Trustee to Architecture Sans Frontieres – United Kingdom. Find out more about the fantastic work that the organisation do at http://www.asf-uk.org/