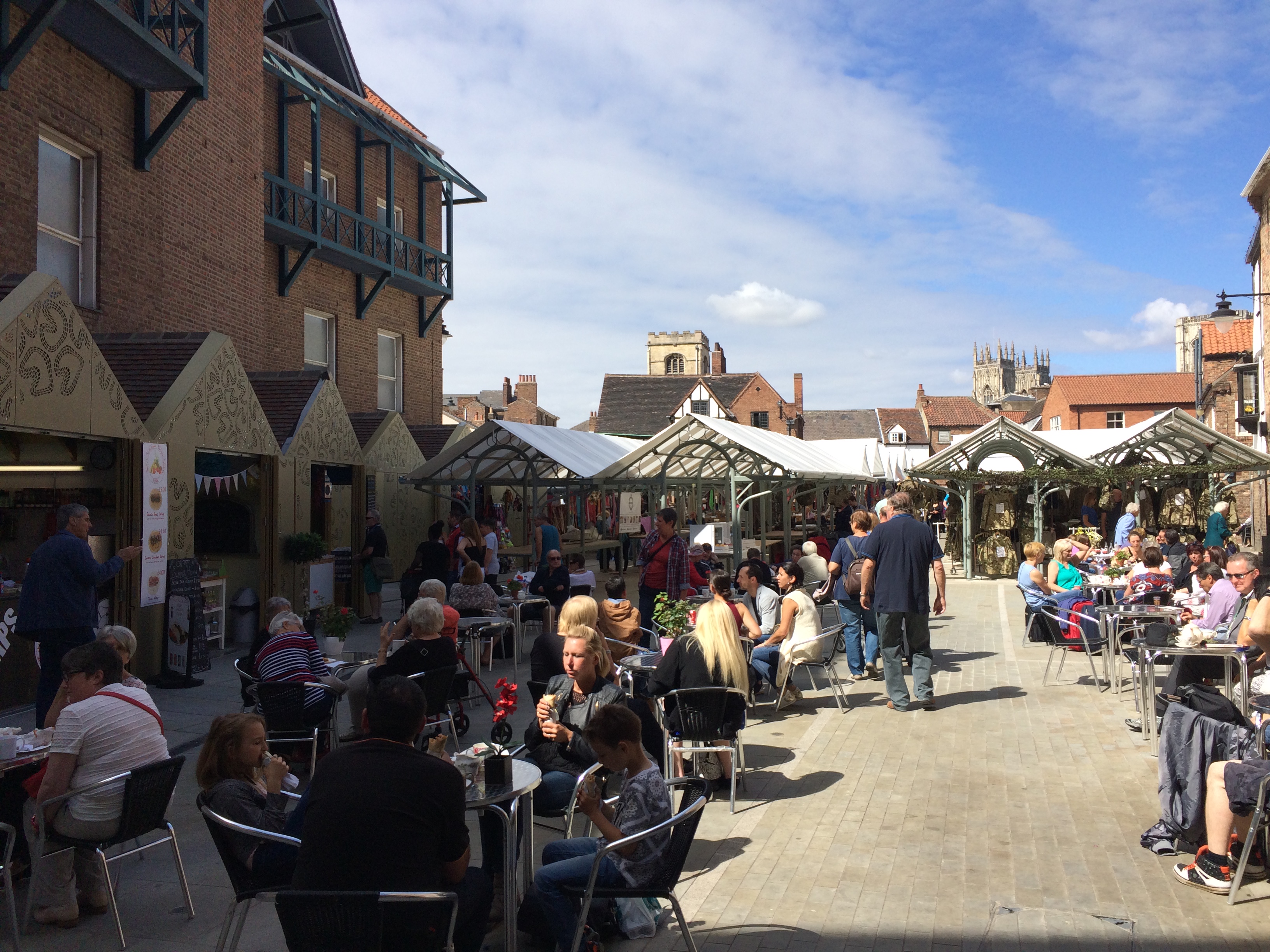 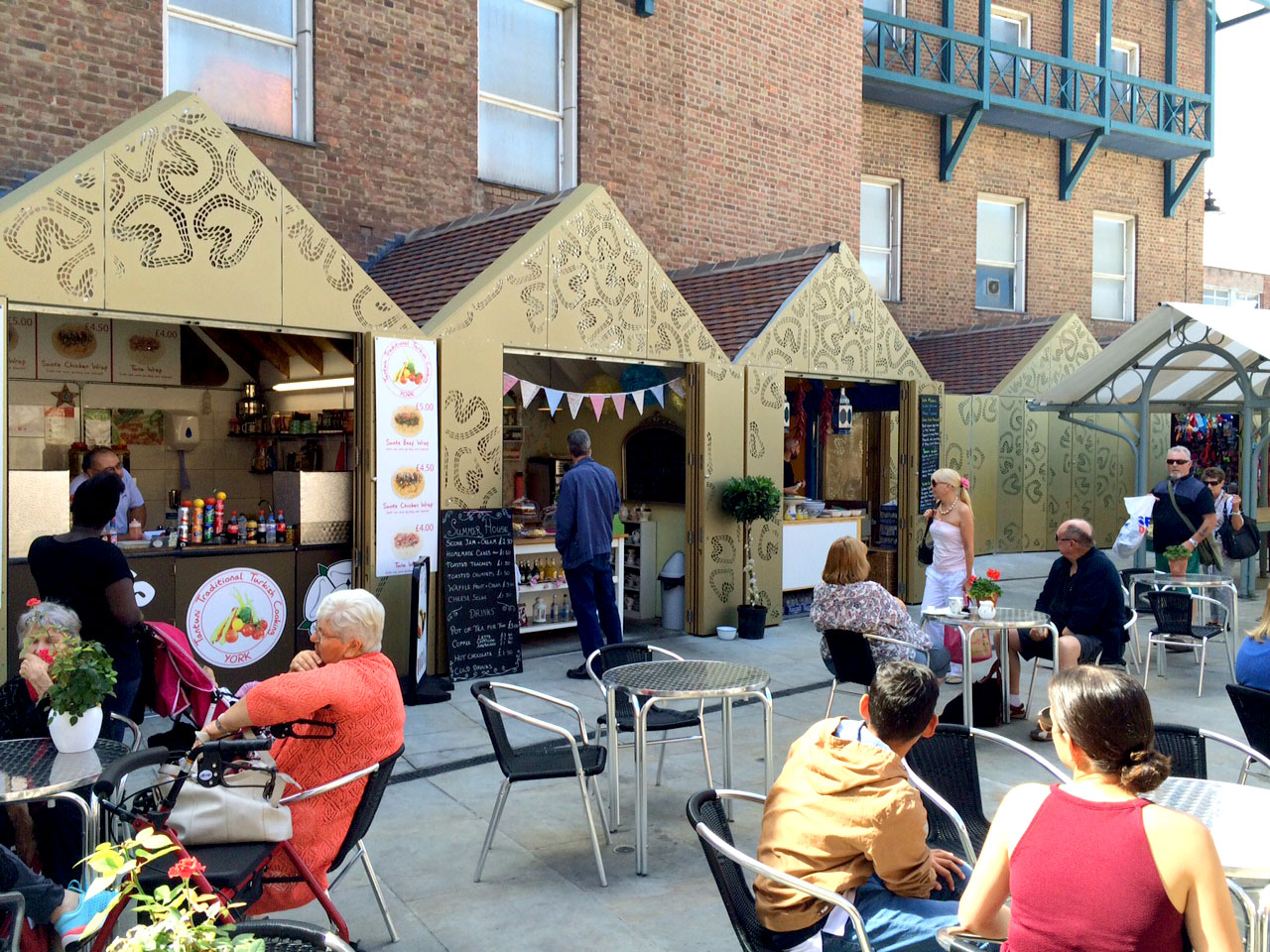 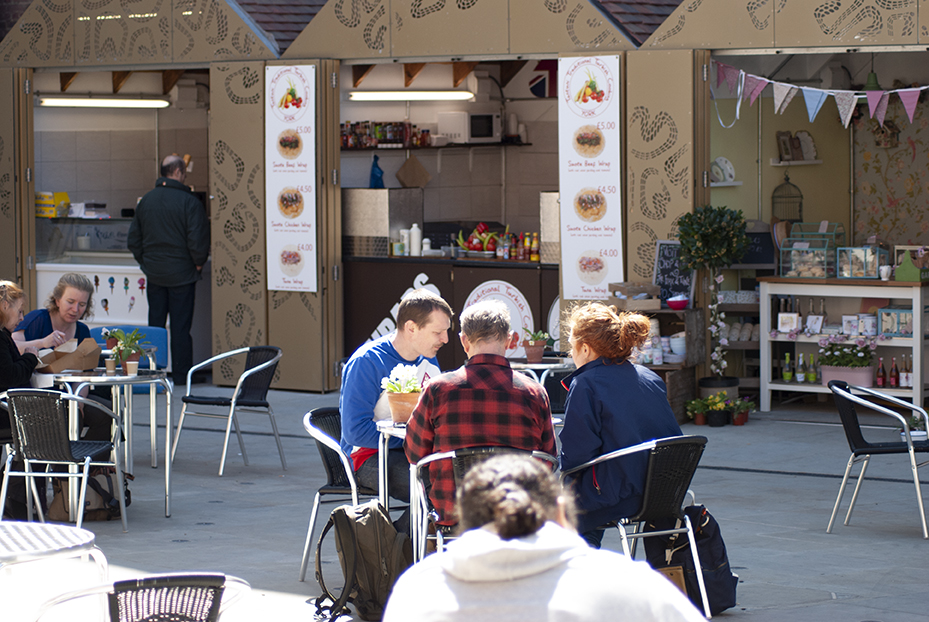 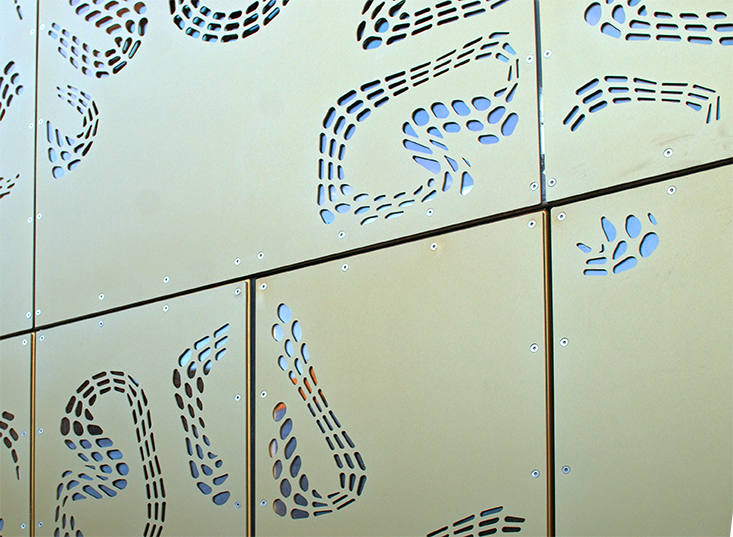 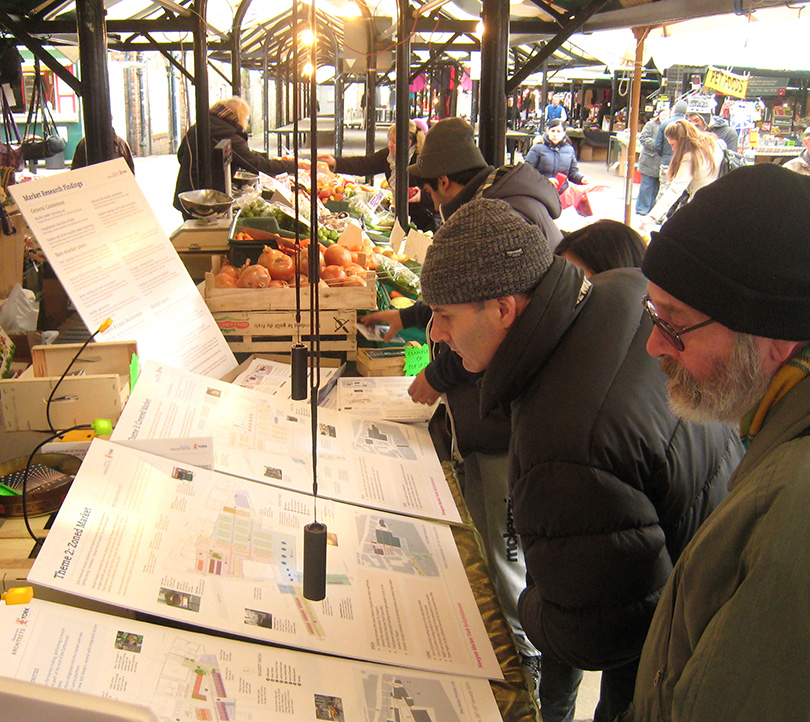 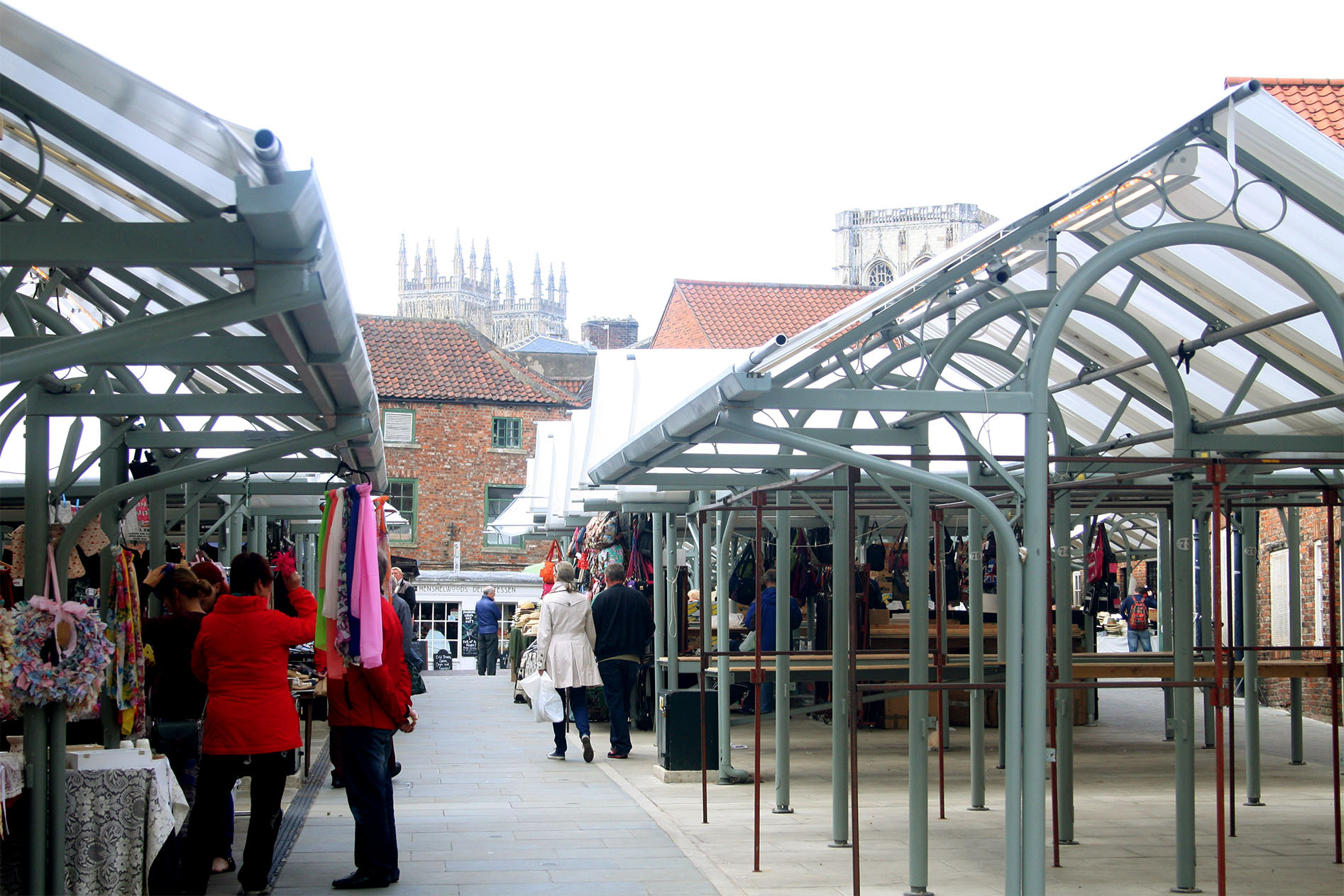 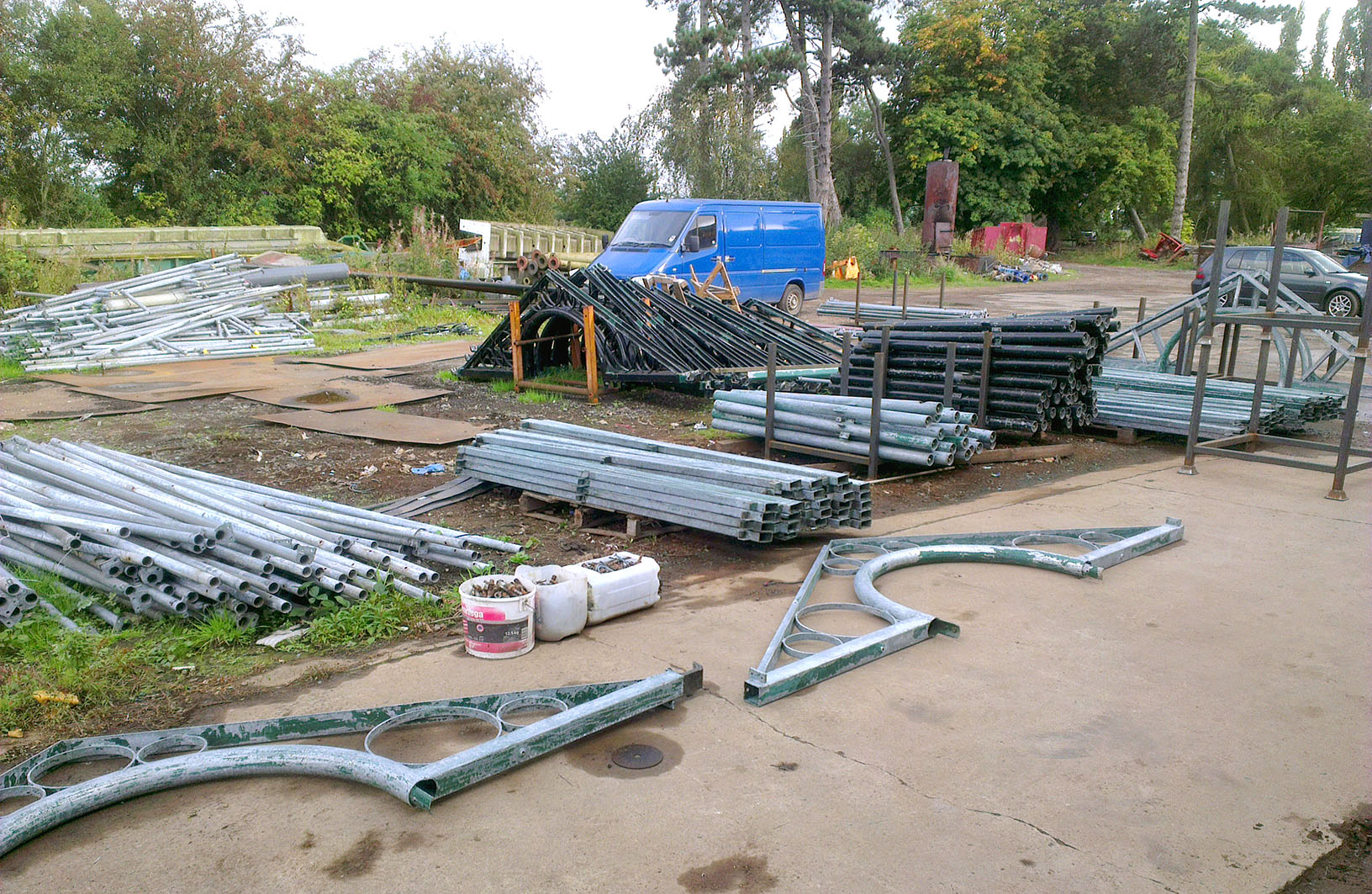 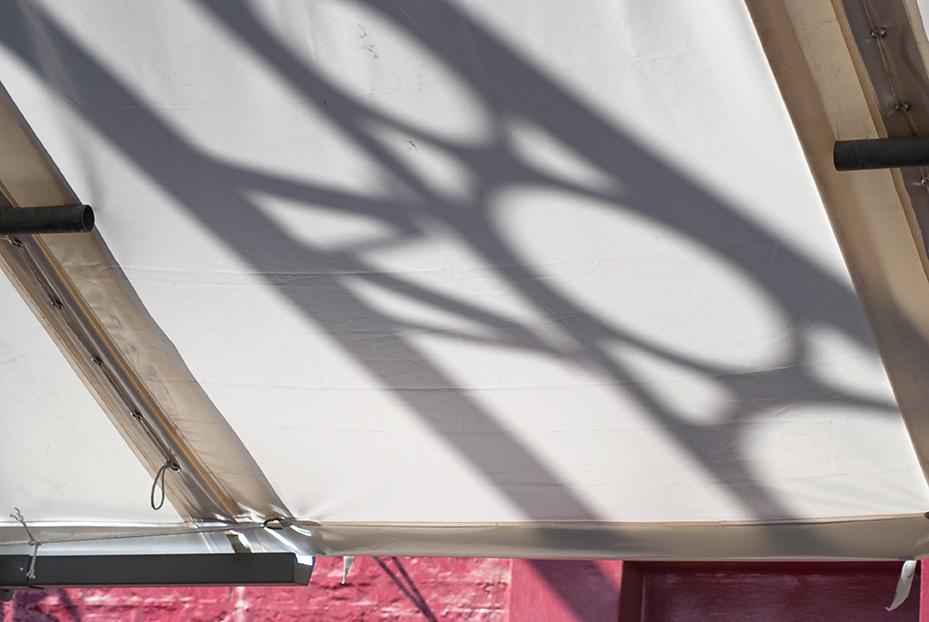 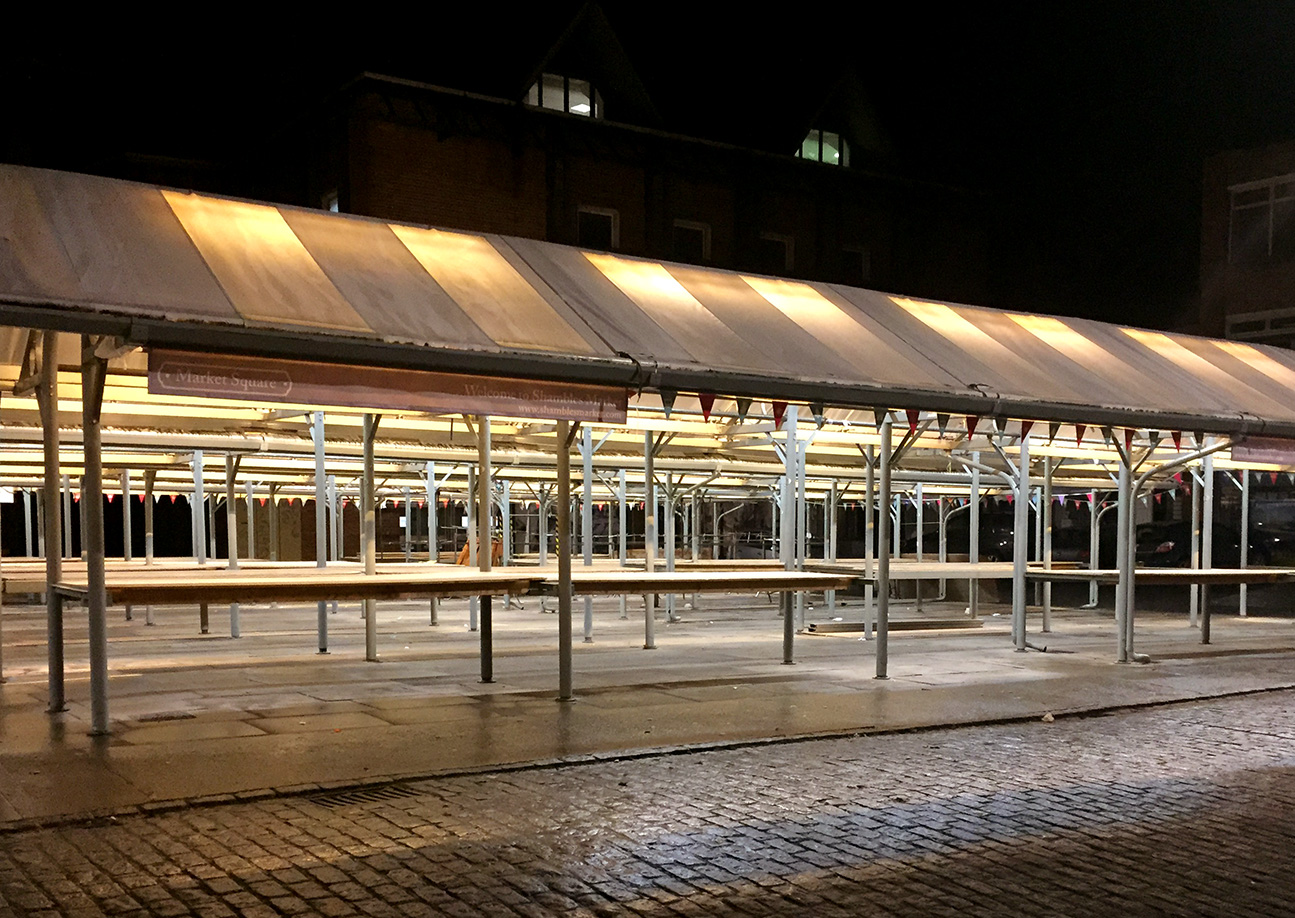 Key moves included re-orientating and re-sizing the existing stalls to create a legible route to bring visitors into a newly created food court in a previously neglected corner of the market. The food court provides new build kiosks featuring a distinctive pattern inspired by The Shambles that is laser cut into contemporary gold coloured cladding. The food court supports small start-up businesses and has gone from strength to strength becoming one of the most popular lunch time destinations in the city centre.

On the advice of the market’s traders, the previously dark and dingy stall structures were re-painted and their canopies replaced to permit more natural daylight to better illuminate goods. Side canopies were added to provide more sheltered frontage from which to trade. An improved gutter system was incorporated into the stalls to better protect traders and stock from rain and for the first time in the market’s history, LED lighting and power were installed to improve night time safety and create evening and winter-time animation. Further public realm improvements included illuminating the snickelways connecting the market to the adjacent Shambles, re-surfacing the entire marketplace with new sandstone paving and introducing strategically placed wayfinding signage.