The scaffolding has been removed to the primary elevation on Princess Street, Halifax. The stonework is looking good and the weather’s a lot better than our original render!

Fantastic record of Bauman Lyons working in a intimate process of co-production of the Museum of Making at Silk Mill in Derby by the Artist in Residence, Sally Jane Thompson http://derbysilkmill.tumblr.com/tagged/sallysdrawings We are pleased to announce that Irena will be speaking at the Royal Institute of the Architects of Ireland Annual Conference on Saturday 26th November 2016, 09:30-11:30.

Her talk is titled ‘How to be a Happy Architect’ and will explore the themes of resilience and success in practice.

The conference programme can be found here and to book please follow this Eventbrite link. We are delighted to be the winners of Digital Construction Week Expo Competition. We will be supported by Innovate UK in exhibition space for our ground breaking digitally enabled construction system MassBespoke™.

Please come and see us at Digital Construction Week 'The new train station entrance is certainly a looker, and its design has really got people talking, but it’s also a massive architectural achievement, because Bauman Lyons has the tricky tasty of designing a structure that actually sits above the river. The dramatic glass and metal entrance slots into the old Victorian arches, providing the city’s commuters with a brand new access point, while minimising the impact on nearby apartments and amenities – pleasing everyone is no mean feat, but the capsule-like entrance just about does it'.

Apart from saving us, a four-day working week can be also good for the environment and economy.

Bauman Lyons have been shortlisted in the Innovative Product category of Offsite Awards for MassBespoke™ System.

The BLA team spent an enjoyable (if not a little windswept!) Saturday helping to build ‘Tensegrity’ structures from bamboo with visitors to Derby’s first FIGMENT festival hosted by Derby Silk Mill. 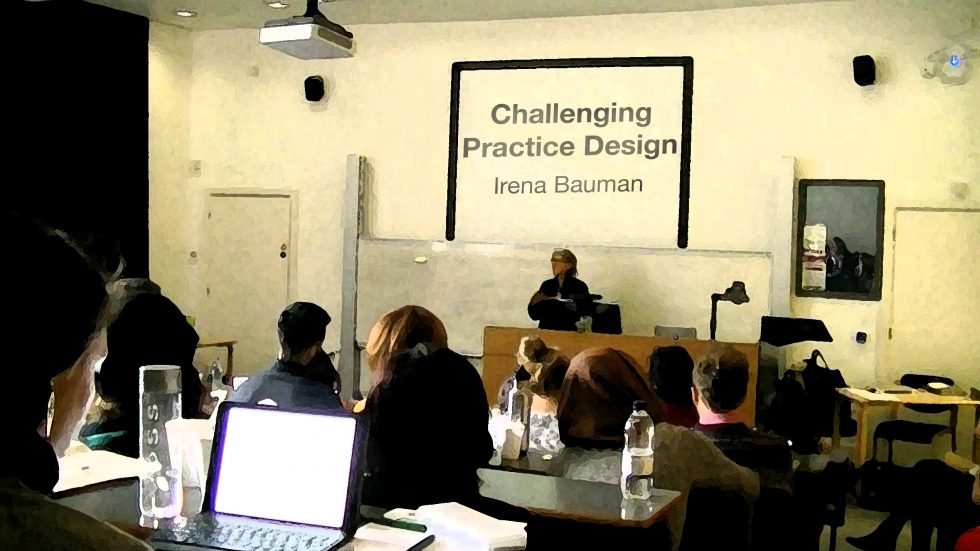 The ASF UK (http://www.asf-uk.org/) are developing powerful training and methods for co-production of development with some of the most dis-empowered communities: Resilience by Design, Change by Design and Challenging Practice .

Also Key note by Irena Bauman spoke at the Challenging Practice Design in Uncertain Global Times staged by ASF in March 2016 and mapped the ASF methods across work of BLA- a commercial practice that shares ASF values. Irena Bauman was interviewed for the “Yorkshire Vision Magazine” on June 2016. The article starts with the headline: NOT SO GRIM UP NORTH. “Architect Irena Bauman tells John Grainger how Leeds. which once epitomised the decay of post-industrial cities, has completely transformed itself”. We are not the only ones to discover that four-day weeks have many benefits. Interesting report that strengthens our initiative here

Irena will be speaking at Beyond Participation on the 16th of June.

The event will examine how architectural practice has moved beyond the traditional boundaries of ‘user participation’.

The event is already receiving a high level of interest and excitement! The relevant details of the conference, film screenings and conversations at the following link –  http://eepurl.com/b1HKkH

Roadmap for Modern Methods of Construction

Associate Editor, WIRED on the new models of capitalist co-housing developments that exploit the rising loneliness among the young for the Wired magazine: Bauman Lyons are working with Citu Developments and Leeds Becket University on developing high performance timber frame system for manufacture in Citu factory due to be commissioned in autumn this year. This research and development project is supported by Innovate UK. For more info, visit the YEP online at: www.yorkshireevening.co.uk The consultation events will be held as follows: